The word assassin is often believed to derive from the word Hashshashin, Arabic ħashshāshīyīn, also Hashishin, Hashashiyyin, or Assassins), sharing its etymological roots with hashish.  It referred to a group of Nizari Shia Muslims who worked against various political targets.  Founded by Hassan-i Sabbah, the Assassins were active in the fortress of Alamut in Persia from the 8th to the 14th centuries, and later expanded by capturing forts in Syria.  The group killed members of the Abbasid, Seljuq, Fatimid, and Christian Crusader elite for political and religious reasons.

Although it is commonly believed that Assassins were under the influence of hashish during their killings or during their indoctrination, there is debate as to whether these claims have merit, with many Eastern writers and an increasing number of Western academics coming to believe that drug taking was not the key feature behind the name.  The earliest known use of the verb “to assassinate” in printed English was by Matthew Sutcliffe in A Briefe Replie to a Certaine Odious and Slanderous Libel, Lately Published by a Seditious Jesuite, a pamphlet printed in 1600, five years before it was used in Macbeth by William Shakespeare (1605).  [Wikipedia]

So I’m shaving, doing the usual routine: wash face, rinse, apply shaving cream or soap, begin the cutting/shaving process.  I shave the way I have always remembered to do it–my dad having taught me long ago the essentials, then with blue blades and razor (now with Mach3 Turbo).

Now my story begins as I stare into the mirror at my half-shaven face.  Raising my chin to see what I am doing, I place the razor back near my throat, above my Adam’s apple.  I drag the razor over my skin, through the foam, cutting down the one-day-or-more facial hair growth, my “beard.”  One stroke.  Another to my jawbone.  Then the razor glides smoothly over scar tissue, three to four inches long, midway from throat to under chin.  (“Did you try to kill yourself?!” echoes within my head.  On the inside of my left wrist I have a scar.  Diagonal across the wrist, with suture scars.  “When did you do that?”)

I continue with the stroke of my razor, through Barbasol shave cream, with scraping noises, and water running, rinsing.  Sometimes I linger longer with soap, a cup, and a brush–for variety.  My contemplation of the scar only happens sometimes.  I don’t know why.  But it makes me think of memoriesofatime.

Attempted Assassination #1:  Once upon a time, before I could tell stories, and long before I remember such early stories, my mother tells me that I fell down the basement stairs.  I was carrying Coca-Cola bottles.

The story is a bloody one, with gory details of a very young boy climbing up the stairs, presenting his mother a bloody wrist.  She thought that was the wound.  Until she saw the blood on my shirt.  “HYSTERICS!” she later told me.  A gaping wound.  I recall her telling “everything hanging down” and so many inches from the inside of my mouth and so many inches from my throat and windpipe.  It must have been frightful for my dear mother, and for my grandmother with whom we lived.  I’m lucky, and glad I don’t remember the details.  “But I’ve got the scars to prove it.”

During one of my many part-time jobs, I worked as an orderly in a hospital emergency room.  One winter a snowmobile accident victim was brought in.  He was well pickled and well preserved with alcohol.  But while sporting in the dark, he and a friend crashed into a barbed-wire fence.  This man had his throat flayed open, displaying his windpipe before me as I moved him from the ambulance gurney to the ER table.  THAT was frightful!  He felt no pain as he was being attended to . . .

Attempted Assassination #2:  South Side of Chicago.  Cold, no snow.  Saint Justin Martyr Elementary School (now closed; just history).  I’m in 4th grade in the 1950s.  Our school had a meeting hall, no cafeteria, but a hall for parties or family gatherings.  Also it was used for movies for us kids.  I was one of those kids lucky enough to see a very real film.  The films were infrequent, nearly never.  But this 4th grade time was different.  Three or four grades of us children could be seated into the hall built below the church above.  Not many more could fit.  So there we were, probably watching The Bells of Saint Mary’s in preparation for the holiday season.  (A movie a year was probably one too many for the Sisters of Mercy, our teachers.)

End of movie.  “All rise” (to the sound of that cricket-clicker) in silence.  “Pick up your chairs . . .” And we stacked our chairs.  The “Great Hall” was ready to be emptied.  “Lines, please.”  We lined up, and were led out of the room by grades, our smiling Sister Doloretta standing at the door as we left.  “Jimmy,” she said, “would you please go and turn off that light switch.”  She pointed in the direction of a light across the naked hall.

I ran to the switch, flicked it suavely, and turned to . . . utter darkness.  I had turned off the last light in the basement.  I could see, however, away from me, the light coming through the open exit door and the dark shape of my nun-teacher.  Eager to get out of that place to be with my classmates, I ran to the light.  BAM!  “What the..?”  Millions of bright lights and stars in my head.  I was on my back.  “What?  OW!  That hurt!”  Tears, I held my left hand to my eye.  Oh, the throbbing pain.  I made my way to standing next to one of the ceiling support posts.  I crashed into that, head-on, left-eye to nose.

I wobbled to the light and the Dark Shadowed Sister of Mercy.  “Oh, my!  Look at that bump!  What happened?”  I mumbled an answer as she led me to the classroom.  (There was a touching moment I must share here.  Before we left, she pulled me to her, and held me tight against her hard, stiff-starched bib.  Surely I must have shed some tears on the white starched part of her habit.)  Those in the classroom were quiet when we arrived.  They looked at me, the spectacle. 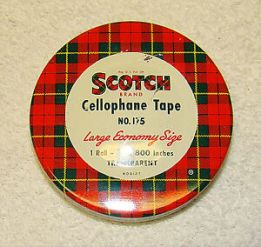 Believe it.  I applied pressure of my throbbing, welting, pounding injured eye socket onto a Scotch tape can.  I tried my most uncomfortably best to lay my head onto this metal can.  (Sister did come to wipe away my forehead and my tears.  My classmates were silent quiet.)

It was nearly noontime, lunchtime.  (The movie was planned that way, to be finished before lunch.)  I was being sent home.  My sister, Janice, was in 6th grade, waiting for me, to go home for lunch.  I had a note for my mother explaining the incident.  By now, my eye was swollen closed.  My sister and I walked home the six city blocks, hand in hand, as usual.  My mother seeing me?  “HYSTERICS!!”  “Were you trying to kill yourself?!”  “What happened?  Oh, my poor, poor . . .” The scar is in my left eyebrow.

Attempted Assassination #3:  Summer 1964.  At the end of my first year of teaching 9th grade English at St Viator High School (Arlington Heights, Ill.).  The first summer of being newly married (after October 1963) with baby on the way (to arrive in August).  The first summer to have a part-time job to supplement teacher salary: Jewel Tea Company.

I answered an ad for warehouse workers.  I unloaded, from boxcars, packaged and canned foods onto pallets, the food then warehoused for later loading onto delivery trucks.  Five days a week inside a giant warehouse, I opened unlocked boxcars that had been moved into the building.  The opening for the car was level with the deck, the platform.

It was tiring, dirty, hard work, no doubt about it.  The pay, nevertheless, was good.  I was young, able, 185 pounds, strong, able to lift sixty-pound bags of sugar.  (We, my partner and I, were able to empty a sugar car in an hour–a Jewel Tea record!) Sugar cars, ketchup, fruit cocktail, canned vegetables of all kinds, flour, and more and more.  Imagine grocery store shelves.

Every once in a while, the large door handle would not lift open the door.  The contents inside the car might have shifted, blocking or jamming the door.  Or just age and rust and dirt outside.  The handles, locks, and seals were lifted up with two hands, then swung out and away from the door–on some cars.  This acted as a lever, to slide open the door in its track.

One morning, I had to jump down between and behind two cars to get to the car we were going to unload.  I found myself between the cars and the wall, slowly making my way to our work car.  “Hurry!  Time is money!”  (Yes, we could get incentive bonuses.)  I then quickly moved in the dark, the only light coming from under the cars from the platform.  It was as though I were walking in a tunnel with a very high roof.  BAM!  Stars.  All the stars.  I was knocked backwards, gradually losing my composure, and was down sitting on my butt.  Pain!  Intense pain in the middle of my forehead.  Burning.  “Are you down there?  What’s taking so long?”

A handle was down, pointing out and away from the car.  Someone had tried to get into the car at some point, but left the job unfinished and the handle for my head.  “I’m all right.  I’m hurt.  I’ll be there.”  Blood dripping off my nose, I could feel the wet on my face.  I stood up and crawled over the couplers of the boxcars.  My partner pulled me up onto the platform.

The supervisor was there and carted me to the nurse.  “Trying to kill yourself?!”  B-I-G bump.  Swelling.  Iced.  Bandaged.  Rested on a cot for a few hours “for observation.”  Then I was sent home with a note, some dressings, and some painkillers–and told to take the next day off.  (I drove myself home under the influence.)  My pregnant wife: “What happened?!”  “I hit my head.  I’m all right.”  I have a Y-shaped scar to prove it all, buried in my forehead, between my eyebrows.  (I almost lost my head.  Well, maybe not.)

Conclusion:  Some may think my brain is addled from the damage I could have incurred from these incidents.  I was never checked for concussions.  However, in between that first bloody fall down the stairs, until now, I have had my share of bumps and knocks, especially with cabinet doors and car doors, even once or twice falling out of bed landing on my head.  However, all nothing major.  I’ve had no outstanding incidents of head trauma that have made me slow . . . that I’m aware of.  Now that toboggan accident . . .

Black’s Law Dictionary:  Assassination is “the act of deliberately killing someone, especially a public figure, usually for hire or for political reasons” (Legal Research, Analysis and Writing by William H. Putman, p. 215).  [Attempted killing of oneself is not attempted assassination, of course.  The incidents described herein were not of my doing; they “happened”–or someone or something was attempting to assassinate me . . .]