From Sexual Expression: A Manual for Trainers, 1981.

SEX: pertaining to genital behavior and reproduction, which may/may not include feelings of sexuality

EROTICA: about sexuality, including love, sensuality, touching, warmth, acceptance AND IS CONSENTING/CONSENSUAL; can be passionate, a yearning for a particular person and closeness. It is a POSITIVE CHOICE and FREE WILL.

PORNOGRAPHY: about POWER, including force, coercion, torture, bondage, wounding, hurting, bruising, or humiliation. Such material shows pain equals pleasure, that we are conqueror or victim, that pleasurable sex is only obtained through some degree of sadism or masochism. Such materials place people in a position of feeling diminished and enraged, usually materials of vulnerability and dominance and LOVE IS NOT PORTRAYED, but rather violence against women, children, and people who are defense less or different.

SEX = lust, libido (a need)
EROS = the drive of love to procreate or create; the urge towards higher forms or being and relationship (a desire)
PHILIA = friendship, brotherly love
AGAPE/CARITAS = love devoted to the welfare of the other, benevolence [Rollo May, Love and Will, 1969]

“May perceived the sexual mores of the 1960s and 1970s, as well as commercialization of sex and pornography, as having influenced society such that people believed that love and sex are no longer associated directly. According to May, emotion has become separated from reason, making it acceptable socially to seek sexual relationships and avoid the natural drive to relate to another person and create new life. May believed that sexual freedom can cause modern society to neglect more important psychological developments. May suggests that the only way to remedy the cynical ideas that characterize our times is to rediscover the importance of caring for another, which May describes as the opposite of apathy.

Eros is the child of Ares and Aphrodite [Mars and Venus]
Eros is in conflict with Thanatos (death instinct).
The moment of greatest significance in LOVEMAKING is not the orgasm but rather the moment of UNION, the realization of transcendence of the self, the loss of self with another. 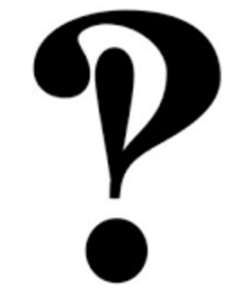