The term magic has a variety of meanings, hence there is no widely agreed upon definition of what it is or how it can be used.  However, some treat magic as a personal phenomenon intended to meet individual needs, as opposed to a social phenomenon serving a collective purpose.  The explanatory power of magic should not be underestimated, however.  Both in the past and in the modern world, magical belief systems can provide explanations for otherwise difficult or impossible to understand phenomena while providing a spiritual and metaphysical grounding for the individual.  [See “Magic” in Wikipedia.]

“…moments of epiphany, or revelation, of radiance…with meaning essentially wordless, for words are always qualifications and limitations.”  –Joseph Campbell, The Power of Myth

“Persons who come for therapy do so because they lack power; they complain that they cannot achieve.  …  Patients want ‘magical knowledge,’ and no matter how correctly the therapist explains that insight is not magic, it still feels that way to the person when an insight ‘dawns.’”  –Rollo May, “Faust in the Twentieth Century” in The Cry for Myth (1991).

“There is no myth which is not the unveiling of a ‘mystery,’ the revelation of a primordial event which inaugurated either a constituent structure of reality or a kind of human behavior.  [But] when no longer assumed to be a revelation of the ‘mysteries,’ the myth becomes ‘decadent,’ obscured; it turns into a tale or a legend.”  –Mircea Eliade, “Preface” in Myths, Dreams, and Mysteries (1957)

“MEMORY”:  Midnight // Not a sound from the pavement // Has the moon lost her memory // She is smiling alone // In the lamplight…  Memory // All alone in the moonlight // …I remember the time I knew what happiness was // Let the memory live again // … Tonight will be a memory too // And a new day will begin // …  –Andrew Lloyd Webber, T. S. Eliot, Trevor Nunn, Zdenek Hruby • © Universal Music Publishing Group, Imagem Music Inc. 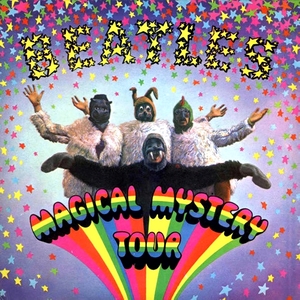 Learning is an active creative process.

Learning involves the discovery (or development) of relationships among phenomena the learner observes or perceives.

The quantity and quality of learning can be increased if two people can share their experiences and their perceptions of them.

Writing is a process of thought.

Memories fade with the passage of time.

The mind can focus on only a limited number of phenomena at one time.

Recording one’s observations can serve as reminders, as memory stimulators.

Recording one’s observations can enable one to search any number of
phenomena for relationships.

Writing is one of man’s most important learning tools.

“Who knows where the time goes?”  –Sandy Denny/Judy Collins/Eva Cassidy

A Meditation and Reflection on Time:  All we did, all we have to do, all left undone.  Another year has passed, as have some friends and relatives.  Another year ahead, with or without resolutions.  But “Time Marches On…”

“Every person passing through this life will unknowingly leave something and take something away.  Most of this ‘something’ cannot be seen or heard or numbered or scientifically detected or counted.  It’s what we leave in the minds of other people and what they leave in ours. Memory.  The census doesn’t count it.  Nothing counts without it.”  –Robert Fulghum

“What matters in life is not what happens to you but what you remember and how you remember it.”  –Gabriel Garcia Marquez

MEMORIES OF A TIME:

“When I consider how my light is spent…”–John Milton

Memoirs are special stories: narratives with significance for the teller.  Sometimes memoirs are written by old people, sometimes not.  For a memoir could be in the form of a lecture, like that by a professor with pancreatic cancer: Randy Pausch, The Last Lecture, a moving memoir about life and living and love and family.  Good stuff for storytelling

I want to share stories–about life and living and love and family.

Somewhere, somehow, I had a chance to write a story, “Once upon a time…”  I cannot

remember that story, but I have others to write and many that I have already written–probably enough to last a lifetime, however long that might be.

I have a difficult time trying to organize.  I become frazzled and frustrated, not knowing how to begin or where to begin.  Yet I know enough to begin at that “once-upon-a-time” time.

For now, though, I begin with this:

“A large part of our self-concept consists of the narrative by means of which we remember and relate our past experiences,” wrote Sam Keen in To a Dancing God.

“TELL ME A FACT: I’LL LEARN.
TELL ME A TRUTH: I’LL BELIEVE.
BUT TELL ME A STORY: IT WILL LIVE IN MY HEART–FOREVER.”

This is an Indian proverb from a wonderful “stories-told” book, The Right Words at the Right Time by Marlo Thomas and Friends

“What is the self?  It is the sum of everything we remember.”  I found this gem somewhere, from the author Milan Kundera.

Remembering is special.  It sometimes keeps me going.  But telling about the remembered?  The more I tell, the more I am.  And this is pleasing to me.  And how I do like those “once-upon-a-time” times.