“Thomas Mann believed that the best measure of the spiritual health or illness of a culture is its art.”  –Rollo May, The Cry for Myth (1991)

LESLIE A. FIEDLER (1917-2003) [MA, PhD] Professor of English, lecturer, Fulbright scholar, University of Montana, SUNY Buffalo, Rockefeller Fellow, Guggenheim Fellow, Visiting Professor, Jay B. Hubbell Award in American literature: 1946 and on….  Fiedler’s first critical work appeared in 1948 and came about from his habit of reading American novels to his sons.  The essay appeared in Partisan Review, becoming the subject of much critical debate.  “Come Back to the Raft Ag’in, Huck Honey!” argued that a recurrent theme in American literature was an unspoken or implied homoerotic relationship between men, using Huckleberry Finn and Jim as examples.  Pairs of men flee for wilderness rather than remain in the civilizing and domesticated world of women.  Fiedler also deals with this male bonding in Love and Death in the American Novel (1960), Waiting for the End (1964), and The Return of the Vanishing American (1968).  [Ref. Wikipedia et al.]

Fiedler’s major work, Love and Death in the American Novel (1960, 1966), offended many critics because of the manner in which he discusses American literary tradition–and reconsiders the concept of the Great American Novel: how it is both derivative of, and separate from, the established European novel forms.

He believed that literature is “more than what one learns to read in schools and libraries, more even than a grace of life; that it is the record of those elusive moments at which life is alone fully itself, fulfilled in consciousness and form.”

**“I cannot help feeling that the chief problem of teaching anything in our atomized period lies precisely in the fact that the ordinary student cannot or will not connect the few facts he knows, the slim insights he has previously attained, the chance extensions of sensibility into which he has been once or twice tempted, into a large enough context to make sense of the world he inhabits, or the works of art he encounters.  ONLY CONNECT!  should be the motto of all critics and teachers.”

“Four major sources of indebtedness I feel moved to acknowledge…:  C. S. Lewis The Allegory of Love [taught me the sense in which love is an invention and the poets its inventors] … certain Marxian critics [the class-relations of a culture help determine the shape of its deepest communal fantasies, the obsessive concerns of its literature] … Freud and his followers, and Carl Jung [for the concepts of the conscious and the unconscious, and archetypes] … D. H. Lawrence Studies in Classic American Literature [of all the literary critics who have written about American books, he is the one who has seemed closest to the truth]”

“Anyone who, in full consciousness, surrenders the hope of heaven…for the endurance of hell…has entered into a pact with Satan…writing a gothic novel…devoting a long fiction to terror rather than love…is a Faustian commitment.  …  The primary meaning of the gothic romance … lies in its substitution of terror for love as a central theme of fiction … of sex denied … of vicarious participation in a flirtation with death.”

“Certainly the three novels granted to be our greatest works are gothic in theme and atmosphere: Huckleberry Finn … Moby Dick … The Scarlet Letter … In each book, the Faustian bargain stands at the focus of action.”

Hawthorne writes The Scarlet Letter “in the form of a love story an elegiac treatise on the death of love, a portrayal of the attenuation of sex in America.  …the first American tragedy.”

“One of the troubling mysteries of our life is that we can only know as adults what we can only feel as children; and Huckleberry Finn [the greatest of all books about childhood] manages to evoke the lost world of boyhood with all the horror and loveliness it once possessed for the child who lived it.  …how truly wonderful it is to remember our childhood; and yet how we cannot recall it without revealing to ourselves the roots of the very terror, which in adulthood has driven us nostalgically to evoke that past.”

“Moby Dick can be read not only as an account of a whale hunt, but also as a love story, perhaps the greatest love story in our fiction, cast in the peculiar American form of innocent homosexuality.”

***Fiedler at his best: “Among the assumptions of [the tragic Humanists] Melville and Hawthorne: the world of appearance is at once real and a mask through which we can dimly perceive more ultimate forces at work; Nature is inscrutable, in some sense alien; in man and Nature alike, there is a ‘diabolical’ element, a ‘mystery of iniquity’; it is impossible to know fully God or ourselves, and that our only protection from destructive self-deceit is the pressure and presence of others; that to be alone is, therefore, to be lost; that evil is real and that the thinking man breaks his heart trying to solve its compatibility with the existence of a good God or his own glimmering perceptions of goodness.  The writer’s duty is to say ‘Nay!,’ to deny the easy affirmations by which most men live, and to expose the blackness of life most men try deliberately to ignore.  For tragic Humanists, it is the function of art not to console or sustain, much less to entertain, but to disturb by telling a truth which is always unwelcome; and they consequently find it easy to view themselves in Faustian terms, to think of their dangerous vocations as a bargain with the Devil.”

“The powers to criticize can be acquired, with process and system to be studied, and deliberately put into practice.

“There are no principles which will tell you how to create literature, nor how to enjoy it.”

“Criticism consists in asking and answering rational questions about literature.”

“The history of criticism has been very largely the history of attempts to formulate rules for criticism.  But rules derived from some particular instances in one kind of literature…have been found wanting.

So where does one begin?  At the beginning: “The first and most celebrated of all systematic theories of literature?  Aristotle’s Poetics.”  [That’s old.]

“Aristotle raises almost all the problems out of which emerge the principles required by criticism for its security.”  (But he doesn’t always solve the problems satisfactorily, yet he compels us to consider them exactly.  How could he ever imagine a Catcher in the Rye or À la recherche du temps perdu–or even Joyce’s Ulysses?)

“A critic is one who expresses a reasoned opinion on any matter especially involving a judgment of its value, truth, righteousness, beauty, or technique;  one who engages often professionally in the analysis, evaluation, or appreciation of works of art or artistic performances.”  [standard dictionary definition]

But what gives them the right to say those things?

They have the job!  We do not…

We give them the power over us–or at least over what we read, see, and hear.  Nevertheless, they are also expressing their own opinions–as we have opinions.

Whom to believe?  For the most part, it’s a matter of taste and style.  A good critic likes what we like and hates what we hate, writes the way we would like to and reviews the things we like to read about.  A bad critic doesn’t.

THERE ARE FEW ESTABLISHED RULES IN THE FIELD OF CRITICISM–AND FEWER CRITICS’ TRAINING INSTITUTES.

Yet we can look at training in the field of alleged expertise and the ability to communicate effectively when judging the critics we read or listen to.

And what about their reputation among peers?  the effort they expend?  their “readability”?

We have to decide whether we want to read the work of others.  We must be critical of the critics, though, if we have our own standards.  And standards we MUST have.

BE READY TO BE YOUR OWN CRITIC.

“Every effective…critic sees some facet of…art and develops our awareness with respect to it; but the total vision, or something approximating it, comes only to those who learn how to blend the insights yielded by many critical approaches.”  –David Daiches

CRITICAL READING SKILLS: Seeing/reading what’s there for sure; understanding what we put there; and what it means to us in the greater scheme of things, the “big” picture.”

“Every effective…critic sees some facet of…art and develops our awareness with respect to it; but the total vision, or something approximating it, comes only to those who learn how to blend the insights yielded by many critical approaches.”  –David Daiches

Here is perhaps a simplified (not simple) help that a reader or viewer might use to bring to a work of art (mostly literature and film, that might use “standards”) to help with some understanding, beyond the first impression–which is normal: “I liked it!” or, “Thumbs up!” or, “Five stars!”  What to say next?

HISTORICAL (H): concerned with the text, language, biography, influences, historical “facts” (then); Is this the real accurate text?

SOCIO-CULTURAL (S): concerned with the text as social commentary (needs to be a historical first); about morality, economics, and cultural beliefs (then, primarily).  Sees the text as a document of political influence.

PSYCHOLOGICAL (P): [FREUD]: studies author/artist, work/characters, reader/viewer.  The “on-the-couch-method” that is rich, looking for motivation, for answers to the whys of actions or of likes and dislikes.  (Does not always have to be about dreams and cigars.)

MYTHOPOEIC (M): [JUNG]: by using all four previous approaches, uncovers or tries to discover patterns of ritual or seasons, to present a work as the verbal aspect of ritual with archetypal patterns.  Within a work “myth” is the narrative”; archetype is the “significance.”  Hand washing in a film may not be simply hand washing….  What is the book Hansel and Gretel doing in the film I, Robot?  (The most complex but, perhaps, the richest approach to literature.) 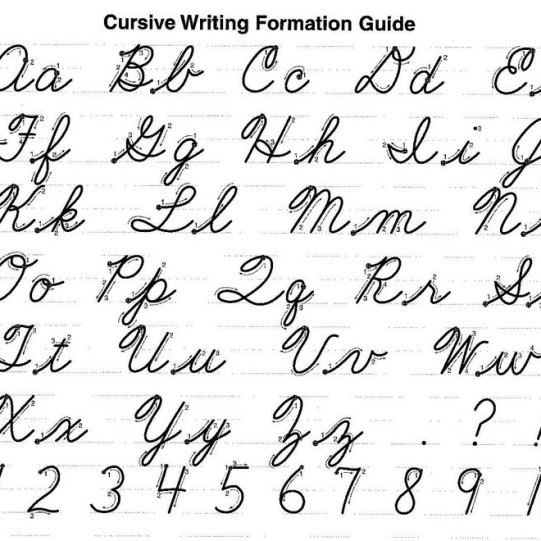