I have become an Epstein-ite.  Joseph Epstein was former editor of The American Scholar and teacher of writing at Northwestern University.  Born and educated in Chicago, as I was, he came into my life through some of his familiar essays.

These writings have helped shape me and my reading “habits” (definitely an “addiction” word).  Bored with some of the “masters,” I have learned to decide for myself what I want to do with the printed word.  I will not stop reading, that is for sure–“better read than dead.”

Espousing what Epstein means in writing that books “have become much more like family,” I have in my bookcases pictures of family on the shelves; intermixed with books, I have special photo albums and journals of travels and picture books–even special “family mementos.”  A mix, of poetry, philosophy, psychology, history; film books, Books of the Western Canon, a Bible here and there, pop “culture,” and art books; some law, an education treatise or two, architecture and humanities; and even a few books each about chocolate, Absolut vodka, and fairy tales.  This is my family–and, in my life, “family is everything.”

In his essay “Bookless in Gaza” (a takeoff on Eyeless in Gaza, a bestselling novel by Aldous Huxley, published in 1936), Joseph Epstein writes of his early reading experiences, which were not “friendly.”  John Milton wrote about the Biblical Samson, captured and later blinded by the Philistines–“eyeless”–then forced into labor in Gaza.

Epstein relates how his “forced labor” reading [emphasis mine], like doing book reports–actually faking them–gradually became a labor of love, actually an “addiction.”  (No doubt, Epstein was able to outgrow and break away from the “ignorant and uncultured” philistine teachers of his childhood.)

He confesses that he holds “a philistine assumption”: that everyone dies someday (not an intellectual matter at all).  With this belief, he writes (as he has written elsewhere) that he wants to be “as well read as possible”–“better read than dead.”

“And now a philistine confession to go with a philistine assumption: I read in the hope of discovering the truth, or at least some truths.  I look for truth in what some might deem strange places: novels and poems, histories and memoirs, biographies and autobiographies, letters and diaries.”

“. . .  I seek clues that might explain life’s oddities, that might light up the dark corners of existence a little, that might correct foolish ideas that I have come to hold too dearly, that might, finally, make my own stay here on earth more interesting, if not necessarily more pleasant.”

I, too, desire great things in life–especially to live long and prosper.  Reading, in my estimate, as an Epsteinite, will continue to reinforce this desire. 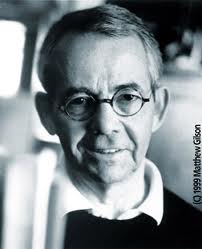