“Begin, commence, start, initiate, inaugurate, usher in, mean to take the first step in a course, process, or operation.  [Begin, start, and commence are often interchangeable.]

https://apps.npr.org/commencement/   The Best Commencement Speeches, Ever.  “Looking for some new words of wisdom?  Check out our hand-picked selection of commencement addresses, going back to 1774.  Search over 350 speeches by name, school, date, or theme.”

“Commencement”: Often referred to as “Graduation,” the Commencement ceremony is just that, a ceremony.  It is an end-of-spring semester celebration for students projected to successfully complete all their graduation requirements by the end of that Spring or Summer semester.  Confirmation of degree completion does not take place until official grades are posted.  “Graduation”: The term in which one has officially and successfully completed all of graduation requirements

I never gave a commencement address.  The closest I came took place in 1982.  The high school principal called me to help with graduation.  “Of course I will!”  I was a senior teacher.  I thought, This is finally it! My Big Show!  I’ve been waiting since 1955!

The only address I gave to the Class of 1982 was my shout at the top of my voice during that commencement rehearsal.  “SENIORS!  QUIET DOWN!!”  (I may have said, shouted, screamed, bellowed out–as I tried to maintain order as they practiced for the upcoming ceremony.)

If I recall, the guest speaker was a newspaper columnist-humorist.  I couldn’t humor those seniors as he did.  But I did have a speech ready for them, parts from a favorite essay I had (still have) from then-Chicago Tribune writer Bob Greene.  He had written a piece–“1964” –for Esquire, highlighting his work on keeping a journal for one year, capturing those memories of the times to look back upon (which he wrote he still did from time to time).  It was about his 17th year, 1964, recorded in one journal.

I participated in my first graduation in 1955 in Chicago, from 8th grade.  Then off to high school (graduation), college (graduation), master’s (graduation), and all those other ceremonies I attended robed in regalia while a teacher in an audience or on a stage–or during those seven years as a school administrator, dressed in “civvies,” patrolling halls and parking lots, or getting after noisy guests or silly graduates, or even fixing stage lights or curtains, or…or…providing water for the honored guest speaker.  Even locking up the gymnasium doors Post Commencement.

Nonetheless, I was never a commencement speaker.  I never gave that address:

“Madame President, Members of the Board of Trustees, Distinguished Guests, Honorees, and Faculty; Parents, Friends, and Relatives.  And Graduates of the Class of 20__.  I thank you for asking me to come before you today, on this auspicious occasion….  WOW!  Look at all this color and flowers and the proud people in the audience.”

No, I never spoke for the graduates of West Point, the US Military Academy.

I really wanted to tell them about the graduate who asked me, “Now what?”  And I would tell them What.  About luck, good fortune, life not being fair.  (They knew that already.)  “Reminder: Hard Work Pays Off!”  Maybe.  I would not be cynical.  I would be uplifting, edifying, funny, pleasant, grandfather-ly.  The wise old…what do I know about…anything?  Watch for it.  Here it comes: “Graduates.  Be flexible.  Be ready.  Be like the Coast Guard: Semper Paratus: ‘Always Ready, Always Prepared.’”  For?  The low ball, high pitch, fast ball, Hail-Mary Pass, missed putt, end run, unexpected, from out of nowhere.

Graduations, commencement times, are sad-happy times for me.  Since that 1955 time, as participant and observer, I’ve marched to “Pomp and Circumstance” (still brings chills, Mr. Elgar–and memoriesofatime).  I’ve listened to beautiful Palestrina choral pieces.  I’ve listened to names being called (in the thousands, I’m sure), speeches given (both enlightening and terribly boring), recognitions being awarded (I cannot recall ever being specialed-out for anything); trophies, certificates, diplomas, pins, books,  medals, and money-scholarships being handed out.

But after all is done, and rooms and halls are emptied, the work begins: the graduates must “commence” their lives now that a tassel has been moved.  Some will fail; we all have failures.  Great success will come to a few, as it should.  “That’s the way it is!” I would have told them.

Yet, overall, I’ve had my share of positions before the public, before audiences, and have even given a church sermon!  Yet there lingers within me a tiny bit of “missing-ness”: Never having been able to say, “And so, Graduates, in conclusion, therefore, good luck to you all!  Now go and commence!”

The title here is a throwback.  A sudden reminder of the past–for some.  Someone or something that seems to belong to an earlier period of time or that makes you think of an earlier period.  Now I have done it: I have made it come alive!  Memoriesofatime.  More specifically, it usually means something that is nostalgic, with memories, something back in the day, something old school, say Animal House?  1978? 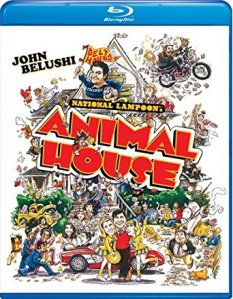 “A lot of his work is a throwback…”  “Nostalgia does not have eternal life.  I use nostalgia when I’m in a bad situation, when I’m feeling stressed, or when the world is an ugly place to read about or to watch on television.  I use nostalgia to escape.  But my own kids are not nostalgic in the same way.  They’re nostalgic if something is trending.  And then they’ll go back and look it up and learn about something that happened a long time ago.”  –Steven Spielberg.  “A New Reality Reveals Something Classic” by Stephanie Zacharek.  TIME, 9 Apr. 2018.  48.

Once upon a time, years before I became a high school classroom teacher, I was doing a course research paper on metaphysical poets and the Bible’s Song of Songs, the Song of Solomon.  There I sat, often for hours in the library, without Google or the Internet “back in the day,” my self surrounded by stacks and piles of books, reading, copying, digesting, writing, taking notes, formulating, explaining, preparing a paper.

I learned that Song of Songs has a long history of interpretation.  The Song of Songs can be a challenging read, like the true poems of the metaphysical poets whose words are read on different levels of understanding: meta-physical.  How does one explain “Batter my heart, three-personed God . . . / . . . ravish me”?  (John Donne)  Imagine being ravished by God?  Researchers know how “one thing leads to another,” one topic moves, suggests, or links to another.  Soon, a researcher might be “off topic,” but is enjoying the readings that have now melded into a new area, causing research-distress: “Should I pursue this?  This is really interesting.”  Soon time becomes an enemy as it presses-presses-presses to get something done before deadlines are missed.

Nevertheless, I was slowly being drawn into the censorship issue, about which I knew so little, was so “naive.”  I wanted more time; I needed more time for this “sidebar.”  NO!  I completed my poetry paper (B+/A-), and thought no more of

“And as you prepare your lesson plans and syllabus, please do remember not to say anything about or even mention the book The Catcher in the Rye,” my department chairman cautioned me during our first meeting: new teacher (naive naif), teacher-boss.  So I did not, and Holden Caulfield stayed under wraps–until I had to read the book for a graduate course later that fall in contemporary American literature.

For the three years I taught at the all boys-to-men Catholic high school, I followed and selected from the prescribed readings lists, including Life on the Mississippi, The Picture of Dorian Gray, The Red Badge of Courage, and A Portrait of the Artist as a Young Man.  I/we did all right with the reading lists while I taught grades 9, 11, and 12.  No troubles.  The troubles came from elsewhere: the radio, school dances, record stores, The Top Ten.

“What was that dirty song we’ve been hearing about?” parents asked.  “Did you play that song at the school dance?”  “Louie Louie, me gotta go. . . .”  “Who are the Kingsmen?”  So there was going to be a Parents’ Night in the school cafeteria to discuss the song and the music, assuring them that the lyrics were dirty and should be banned (CENSORED) and re-assuring those parents that the music would never be heard in the school.  “Louie Louie, me gotta go / Me see Jamaica moon above / It won’t be long, me see my love. . . .”

Whatever made this song the victim of censorship was a cultural phenomenon.  It is a mystery.  The song has remained a cult favorite since it was top-o-the charts from the ending months of 1963 through 1964, then continuing with its revivalism in the rebelliousness of Animal House, with John Belushi and Company, in 1978. 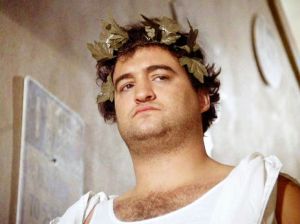 The nearly unintelligible (and innocuous) lyrics were widely misinterpreted as obscene, and the song was banned by radio stations (and in Catholic schools).  The FBI concluded, after thorough investigations, dragging on through 1965, with each laboratory examination of the record deemed inconclusive.  “Oh, oh, me gotta go.” So the record couldn’t be declared obscene.  Nearly four hundred versions of the song have been recorded since then, many easily found in sing-along versions on You Tube!

Its original author, Richard Berry, who wrote his song’s lyrics in a fake Jamaican vernacular, attempting to benefit from the American calypso craze of the mid-fifties, could hardly have predicted the longevity of “Louie Louie” as a rock-and-roll anthem.  “In 1955 I was performing in California with a Latin band.  While in the dressing room, I heard instrumentals.  I took a piece of toilet paper and wrote the lyrics on the toilet paper. . . .  The singer is a sailor, and he’s talking to Louie. . . .  I never could understand the popularity of it.  [And the comma?]  Louie Louie.  No comma.”

Richard Berry [1935-1997] died in his sleep; he was 61.  He had sold the rights to “Louie” and other works for $750.  In the mid-1980s, Berry was living on welfare in South Central L.A.  A drinks company wanted to use “Louie” in a commercial, and needed the rights.  Through some legal help, Richard Berry was able to obtain royalties worth about two million dollars.

I still have some of my old censorship notes, and notes from later incidents of censorship that I became involved in: library banned books, classroom books, elementary school sex education programs, videos and films, and even the topic of censoring works of art while I was teaching humanities and art history.  And what about 1984?  Brave New World?  A Handmaid’s Tale?  Also, even, Song of Songs?  But it was the ‘60s culture, my being right in it all, that “Louie Louie” survives as part of my memoriesofatime of censorship.

I sat through the Parents’ Meetings, keeping my mouth shut, keeping quiet.  This storm will pass, I thought.  It did.  And the last week of school, in 1966, at the Senior Class Party, “my” seniors played me a post-teenage-alienation song, against a very restrictive society in thought and behavior and dress.  They knew I would like it: built on variants of the “Louie Louie” riff: “Get Off of My Cloud” by the Rolling Stones.  Oh, oh, me gotta go. . . .