My New Latin Grammar by Charles E. Bennett is the 1957 edition.  The first edition, “presenting the essential facts of Latin grammar in a direct and simple manner,” dates to 1894. 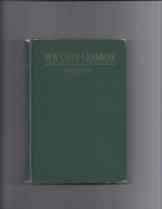 Timeless.  Priceless.  For this little green book which I managed to keep, despite my years and years of disposing of my books–selling them, donating them, garbage-ing them–still provides me with answers I might seek.  But more: It is a concrete reminder of my years of studying Latin.

I look upon my education–and my being Latinized–a great gift, monetarily paid for by others, worked for by me and by my teachers.  My testimony is to all hard teachers, easy teachers; good teachers, bad teachers.  I learned from them all: amo, amas, amat [I love, you love, she loves]…porta, portae, portae, portam [the gate, of the gate, to or for a gate, the gate]….

In a humanities class I used to teach, I built an entire unit around three Latin words or phrases: ALLELUIA:

The themes, motifs, and tropes are around us, as soundtracks, as performed by contemporary vocalists, or even as parts of television commercials.  But not everyone can always recognize a Latin word as a prayer when found on a New Age soundtrack or CD by Aria, Amici, Constance Demby–or Kevin Wood: 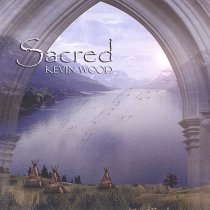 Nevertheless, those words are there.

I once explained that after a moving experience, whether musical or visual or literary, we often have a unique “what’s-it-to-me?” feeling or response.  It’s akin to being “slimed,” like in Ghostbusters.  After we close the book, or turn off the movie (or leave the movie theater); are quiet after hearing “Un bel di vedremo” from Madama Butterfly; or after sitting down after seeing, for the first time, Notre Dame Cathedral, or having walked within Hagia Sophia, or stood overlooking the Grand Canyon, we remark (in awe): “WOW!” or something humanly pathetic.  For we are at a loss–or are lost in the moment: “WOW!”  (Maybe even “That’s awe-some!”)  Or, “Glory gee!”  Or once or twice we might have exclaimed, “Halleluiah!”

This is all beautiful to me, enriching and rewarding, these words, the many musical expressions using Latinity.  I must simply see or hear: be aware.

So there I sat, five minutes into Sleeping with the Enemy, wondering what Julia Roberts and her film-husband were up to.  “Hungry?” she asks.

He goes over to the wet bar.  There, next to bottles of alcohol, rests a CD: Hector Berlioz: Symphonie fantastique.  The music plays as he nuzzles her neck….  DUM, DAH, DUM, DAH….

Listen.  Watch.  What is the point with this background music, the soundtrack?

And that is our Latin Lesson #3: Not joy [Alleluia!], not awe [Gloria!], but sad, death, requiem–within the first five minutes of this film.  However, there is more; the movie has just begun, with the sounding of a bit of Latinity.

I have done this blog pro bono (not Sonny nor Cher).  I make no pronouncements ex cathedra (it’s from Florida, not from Rome), and this is not a quid pro quo (an expression often used in sexual harassment cases) exercise.  But you have read a bit here, in situ (where you sit, maybe sedentary, a sedent) on a sedilia (chair); however, I know about you: quid quid recipitur ad modum recipientis recipitur–meaning that if you are feeling lousy now, this doesn’t work so well.  It’s how you’re feeling at the time.

This is the end.